Hit enter to search or ESC to close

On Saturday, the legitimate Parliament of the Republic of Moldova, in the last day of its mandate, has forged an improbable coalition between the pro-European ACUM block and the pro-Russian Party of Socialists of Moldova to dismiss the former government led by the Democratic Party (DP), now in opposition.

The Democratic Party, led by the country’s biggest oligarch, Vladimir Plahotniuc, has been in government for the last ten years and has had sole responsibility for leading the government since January 2016, led by former Prime minister Pavel Filip.

Over this period of time, the Democratic Party has gradually seized control over the justice system, law enforcement, independent regulators, practically all local authorities, mass media. Last year the Democratic Party cancelled through the system of politicized courts the results of the elections in Chisinau, the country’s capital. The move was strongly condemned by the EU and US. In June 2018 Federica Mogherini, the EU High Representative/Vice-President of the European Commission strongly condemned the politicization of the Moldovan courts.  In 2018 the Council of Europe raised questions regarding the transparency and proportionality of Moldova’s court system as well.

In November 2018, the European Parliament has named Moldova a “a state captured by oligarchic interests with a concentration of economic and political power in the hands of a small group of people exerting their influence on parliament, the government, political parties, the state administration, the police, the judiciary and the media and leading to highly unsatisfactory implementation of legislation with little benefit for the citizens; reiterates its determination to focus on the fulfillment of commitments to uphold common values rather than unconvincing so-called ‘geopolitical’ arguments.”

In 2018 because of Moldova’s politicised court system the EU suspended funding for the republic of Moldova.

Under these conditions, the two diametrically opposed sides, the pro-EU ACUM block, and the pro-Russian Party of Socialists have concluded on Saturday 8 June a temporary agreement to deconstruct the oligarchic system.

As the talks among the two parties have intensified on June 7th, the politicized Constitutional Court has immediately issued a “ruling” claiming the mandate of the current Parliament is ending on the same day (June 7th), while the Constitution states clearly that the Parliament has three months to adopt a new Government after elections, and those three months expire on 9 June (The past elections, carried out on February 24th 2019 were recognized by the Constitutional Court on March 9th).

Among others, on 8-9 of June 2019, the Parliament of Moldova has adopted a political statement declaring the captive character of the Republic of Moldova, has fired the head of Moldovan Intelligence Service, the director of the National Anticorruption Center, has declared the former Filip-led government as illegal, and has adopted a declaration condemning the Constitutional Court’s attempt to usurp power in favor of Plahontiuc and Democratic Party. The Democratic Party of Vladimir Plahotniuc’s use of politicized courts is an attempt not to cede power to government clearly backed by an absolute majority of the Parliament and a democratically elected President.

The new government will qualify all the decisions taken by the public officials as usurpation of power, and the orders – illegal.

In the course of June 9th, the international community has expressed its support to the new Sandu-led government. In their joint statement, High Representative/Vice-President Federica Mogherini and Commissioner Johannes Hahn declare that “the European Union stands ready to work with the democratically legitimate government”. 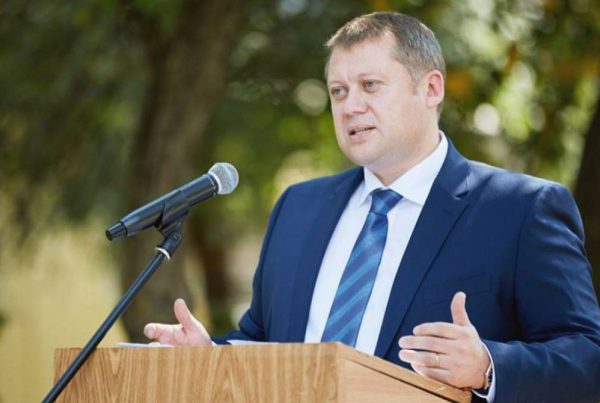